This has been a weird week. My first week off work did not turn out the way I expected it to.  Disappointing elections, reminders of bills and daily responsibilities, not getting nearly as much done as I hoped.... but the worst thing this week was that my sweet rabbit Rue passed away.  It all happened so quickly and I am still completely stunned.  Wednesday night she was breathing heavily.  I worried that she had a cold and planned on getting her to the vet the next day.  When we woke up Thursday morning we discovered she did not make it through the night.  I could not believe it would happen that fast and I felt so guilty for not being with her in the end.  There is such a void in the house now. I usually chat with her throughout the day and now I catch myself starting to say something to her only to look over and remember she isn't there.

Here she is when we first brought her home and we still had our other rabbit Luxie. It took the two about a week to get used to each other and then they were best friends.  Lux was in love with Rue and constantly groomed her and kept her close.  For the first six months that we had Rue we joked that she was not our pet, she was Lux's.  After Lux passed away we finally got to make Rue ours.  We got rid of her cage and made her a home in the living room where she could run around and explore. I hope she felt like her life was good.


She loved to be pet.  We would sit with her on the couch and she would let us pet her for forever.  When she had to go to the bathroom she would get restless so we knew it was time to put her down. She would run straight to her litter box and take care of business like a lady. 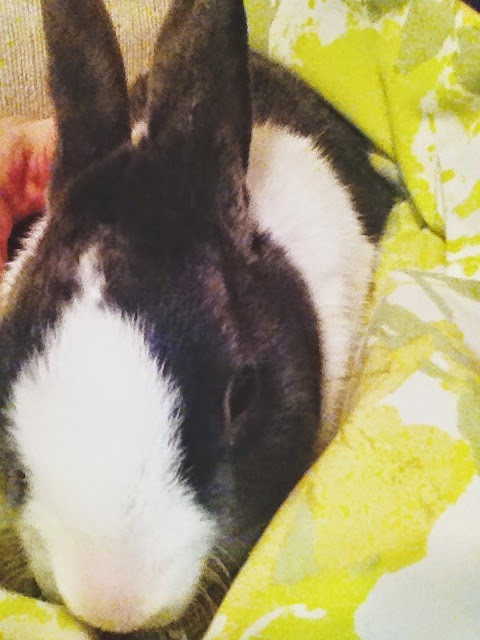 I loved watching her eat treats.  She always got a little mustache the color of her food.  I'm slowly getting used to her not being here but I wish I could have one more chance to sit and pet her.  The same day we lost Rue my Grandmother lost her sweet cat Clover.  Clover was a neighborhood cat who would leave Grandmother little "treats" at her door as a thank you for feeding her and providing her with warm shelter in her basement.  I told my Grandmother that Clover, Rue and Luxie are all together having a blast together.  I'm sure pet heaven is a very fun place to be. 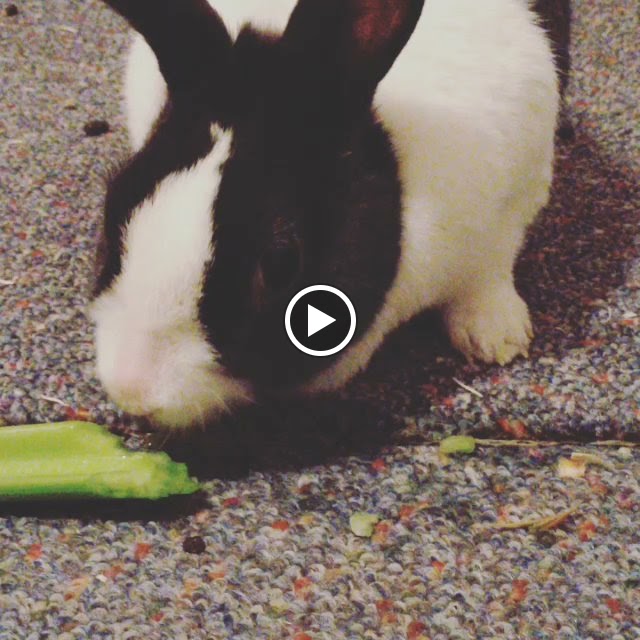 The week wasn't all bad.  I met with a dear friend and started the journey of learning about Nichiren Buddhism.  The practice is so beautiful and I really think it has helped me get through these rougher parts.  I also had a wonderful visit with my doctor this morning and learned that Maybe and I are in good health. He did an ultrasound and she kept her hand over her face the whole time! It would have been frustrating if it wasn't so cute. Maybe she will be really into peek-a-boo. 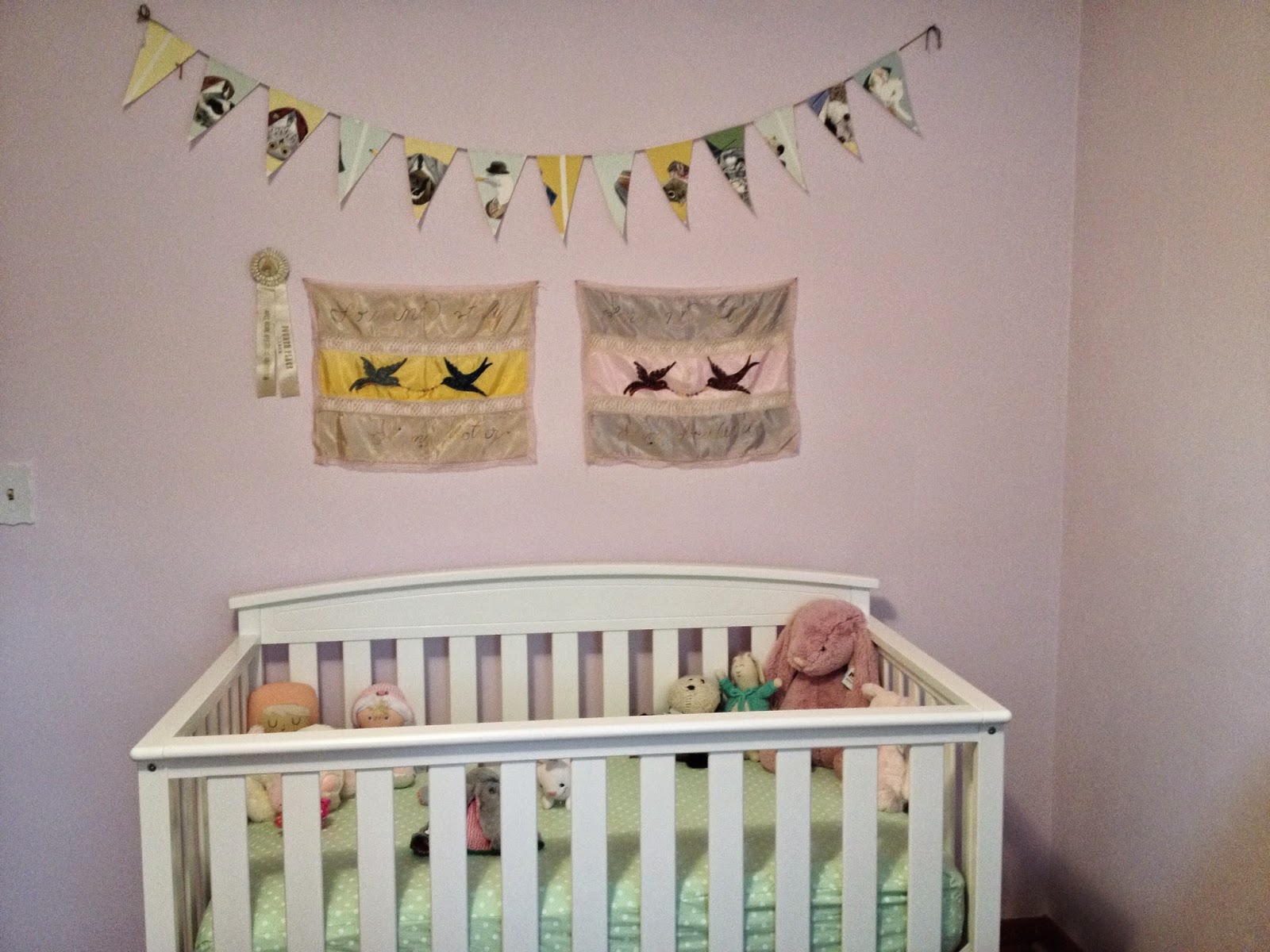 I am trying to spend my time wisely the rest of this afternoon.  Working in Maybe's room is so overwhelming but I at least have one little section that looks promising.

But then I turn around....  I have hopefully 5 more weeks until she arrives...  I'm not sure if that's enough time to clean up this mess. Help. 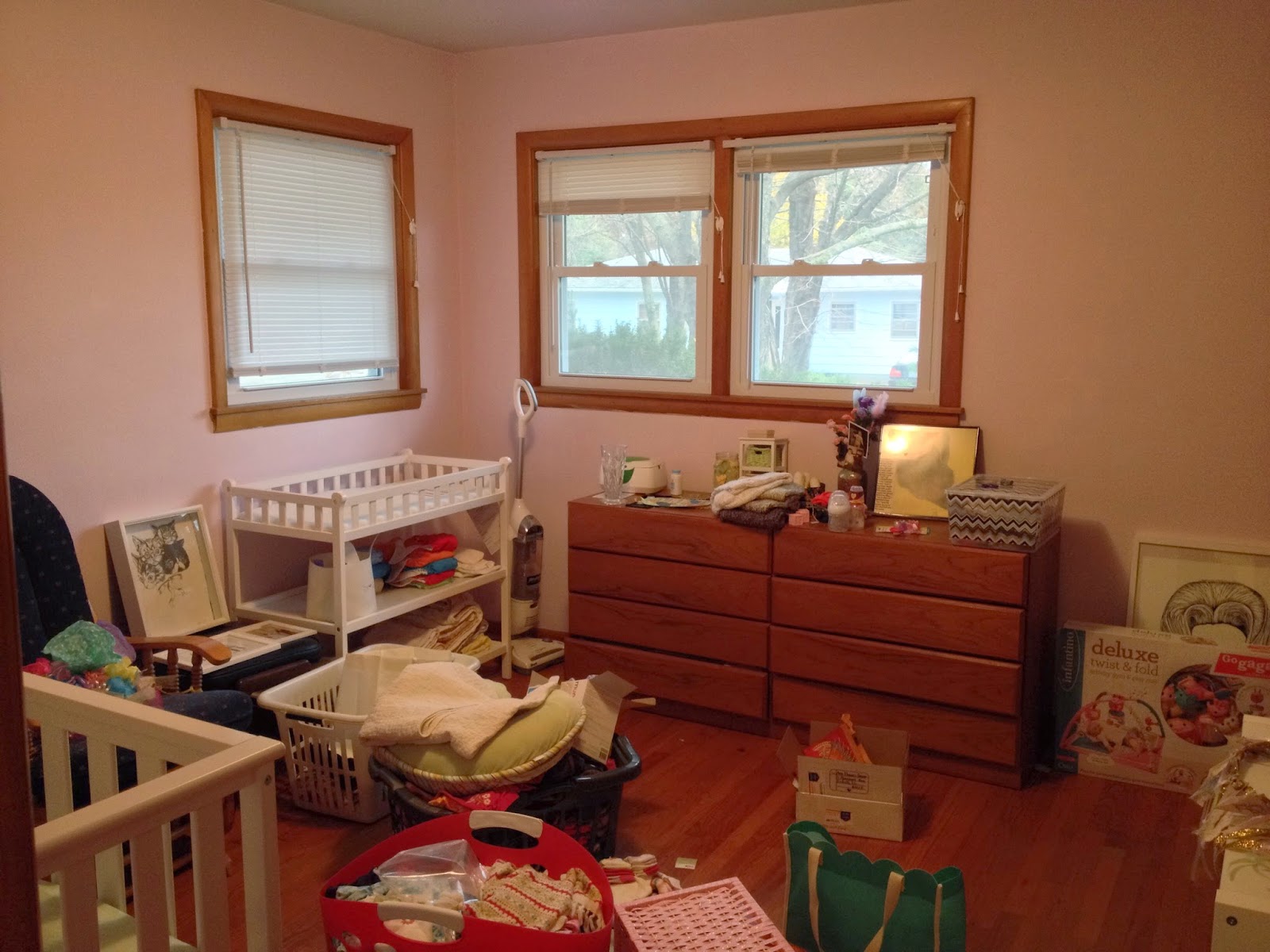 I hope you have a great weekend. If you also had a rough week now is the time for things to turn around!