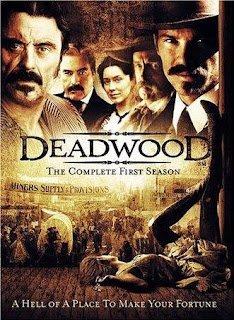 Over Christmas break not only did I finish off the last season of Mad Men, I also started a new season of a new show. New to me show...
I made it through the whole first season of Deadwood before I had to return to work/school.
I realize I'm probably talking about old news but I love this show so much. If you haven't seen it check it out. I've talked to a lot of people about it and have gotten a mixed reaction. But I think it's beautiful. 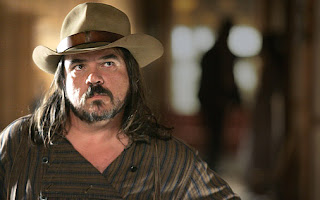 This guy, W. Earl Brown, is from Kentucky so I have a bit of fondness for him. Everyone is sick of hearing me talk about how I sat by him on a bench once in Murray. But I did! And I didn't even know who he was. I found out later when I saw him in the coffee shop signing an autograph. Okay, all those who have heard this story a million and one times (one person in particular), that's the last time I'll say it. q :p 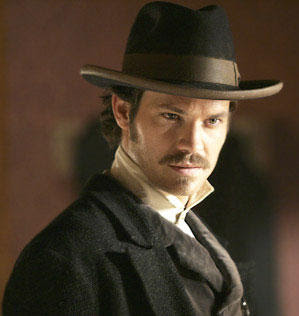 One last note. Timothy Olyphant does a great job in the show but I have trouble seeing past the fact that he played one of the killers in Scream 2, was in Go, and was a twenty-something boy on Sex In the City. Who knew he could be a good actor?

Check out the show and let me know what you think about it!
Posted by A Beautiful Party at Monday, January 05, 2009