I only recently watched Twin Peaks for the first time and even though the show is twenty years old it still holds up. People are still so inspired and intrigued by the show. I've been thinking a lot about it lately, probably because of the changing weather. When I was in the middle of watching the series what excited me most was feeling like it truly was a passion project for David Lynch. I have to admit I don't normally care for his movies, they sometimes feel a little too pretentious. I think that's why it took me so long to finally watch Twin Peaks but I'm glad I finally gave it a go. The show felt so honest and genuine. It felt like Lynch was able to create this place with these people that encompasses everything he loves. The music, the fashions, the way Bobby talked. There were certainly times when the show got a little out there but it always had a foot placed in some sort of reality. 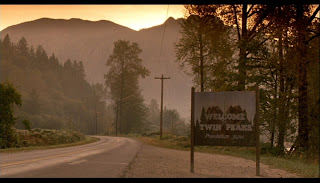 All that is to say this: I feel inspired by Lynch's passion in this show. It encourages me in my own work, especially when I'm in a rut. Maybe I'm projecting an experience onto Lynch but watching the show makes me feel like he was just this guy creating something for himself and it happened to be a hit. I hope I bring that same sincerity into my own work. It's so easy to get caught up in wondering what others think. 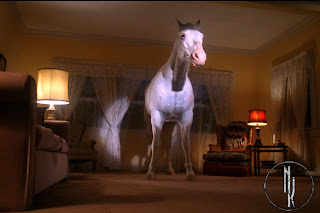 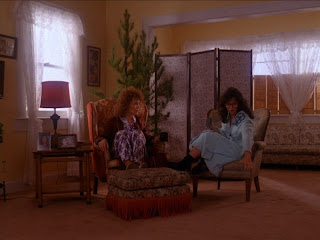 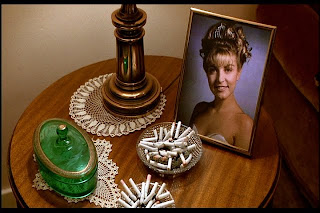 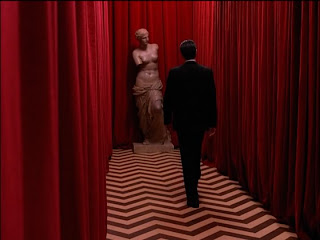 Sometimes you just need to eat a bunch of doughnuts. 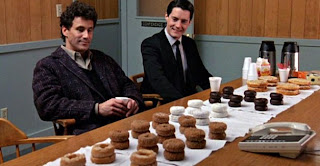 Well I want to congratulate you on finally watching Twin Peaks!

Yes, it definately still holds up :-)

You know, I have created a petition that is about Twin Peaks AND one of the best art forms that exist, creative architecture!

I hope that you and your readers will help get this thing going. Even if the project is not in your end of the world ;-)


Not long ago I came across treehotel.se. It is a place with wonderful creative and sustainable architecture and beautiful nature.

Then It occurred to me how well Twin Peaks themed rooms would fit into this environment and to the concept of "rooms in the trees".

So a petition was created to convince treehotel.se that they need to make one or more of the ideas a reality. It can be seen on the main page on thetwinpeaksgazette.com and also on gopetition.com: http://www.gopetition.com/petitions/twin-peaks-themed-rooms-at-treehotel.html


It is rare to see such a great match and it sure would be a very unique and unbelievable interesting architectural project.