I got some new photos made for my shop! I also decided to put the green ghost in a frame. I think it's a nice place for it.  It's fun setting up these little photo shoots.  Tomorrow I'm going to add a new piece to the shop.  I'm also going to show some in progress work that will hopefully be in my thesis show.  I've been doing a lot of tinkering in the studio and making some fun collages. I can't wait to put them on here.  Also I'm working on an embroidery.  It's pretty simple but it's my first one.  I'm making it for a good friend of mine who is going to be my future roommate.  More about that later. 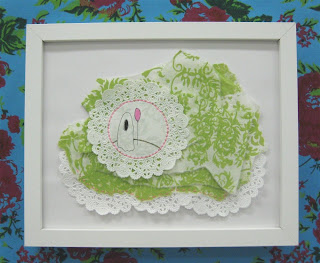 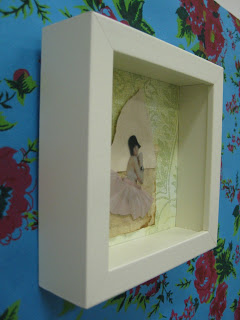 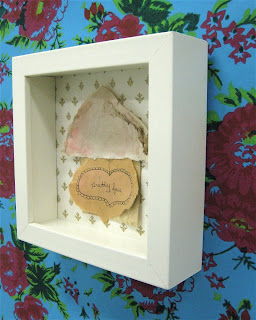 I have to show some pictures of a certain dog who makes my heart go pitter patter.  His name is Seamore and he's very charming, if not a little odd.  The bottom photo is hilarious.  I caught him mid-yawn but he looks like he's about to attack.  Seamore yawns a lot so I guess it's no surprise that I would eventually catch him this way.  Isn't he adorable? 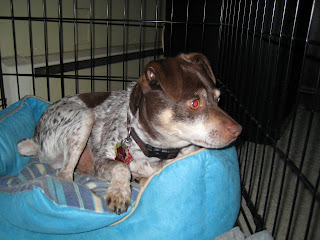 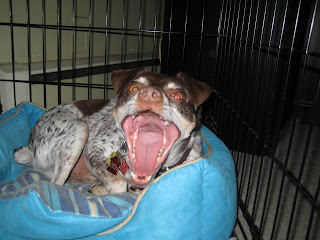