The Perks of Being a Teen

Today I was driving around running errands and feeling like a grown-up when on the radio they  mentioned a review for the upcoming movie The Perks of Being a Wallflower.  I knew this movie was coming out eventually but it still hit me right in the gut.  It made me realize why I feel so reluctant to grow up and that is because it seems like it is such an amazing time to be a teen right now.

When I was a teenager I was a bit of an outsider.  I never thought I was that drastically different from others but I certainly had my fair share of being picked on for how I dressed.  It sucked but I also didn't want to change, either. I wanted to wear what I wanted to wear and be who I wanted to be.  And then The Perks of Being a Wallflower was published and when I first read it it felt like my perfect little secret. I read it over and over again and only shared it with my closest friends.  We bonded over being "outcasts" and found solace in the characters that make up this book. I underlined quotes, my friend Clint made cds for us that featured all the music from the book. My friend Michelle made a huge banner and we hung it up in the little movie theater where we all worked and we had a private party that celebrated this book but also celebrated ourselves for being who we were/are.  It was a perfect. 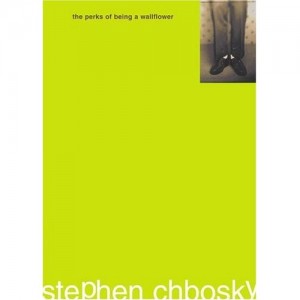 It's weird to see this movie being made.  I know I am being a little bit of an angsty teen but this book always felt like it was mine and only mine.  I read it pre-internet and in that world it felt like you were the only person who existed. Now I can do a quick search for this book and see countless of people raving about it and it's just so bizarre.  But it also makes me want to start over as a teen.  It seems as though the community for those who feel different is much larger and more connected.  You don't have to stay up until the wee hours of the night anymore to watch Alternativenation and 120 Hours to hopefully find out about cool new music. And movies are now embracing Nerds and Weirdos and people who dress differently and telling people this is normal and okay. 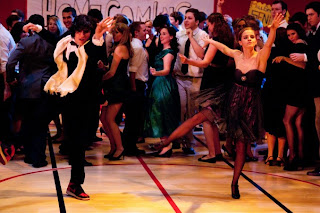 Another great thing happening right now is Rookie and Tavi Gevinson's blog.  The things she and her crew are doing is so amazing for girls.  I know it sounds hokey to say but I feel like we are truly living in a time where you can be anyone you want to be and it's ok.  Of course I'm saying this as a 29 year old who is no longer in high school.  I'm sure there are still the usual cast of characters making life miserable for certain people.  But I think what Tavi and crew are doing with Rookie is letting girls know they are not alone. 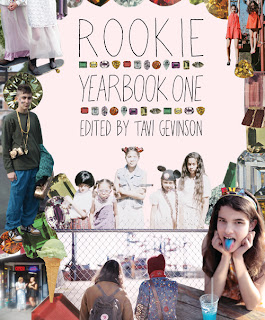 When I look at all the great things these gals are doing I really truly want to start over as a teen and be as motivated and innovative as them.  I want to take pretty pictures and draw more and write more and make my clothing even weirder and quit caring as much about boys and start caring more about art and books and music. 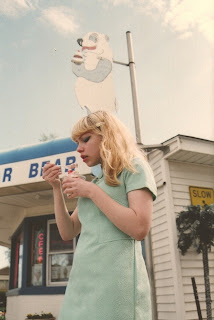 But on the flip-side I am also very grateful I did not have social media like Facebook when I was growing up.  I would have been terrified.  I still get a little nervous when I see "Private Number" on my caller ID because it reminds me of when mean girls used to prank call me.  I would probably be even more nervous to log into my facebook page everyday.  I am also grateful to not have an internet recording of all my horrible teen girl angsty poetry and writing. Oh so embarrassing.

I originally sat down to bemoan how great teenagers have it today but I know that the grass is always greener. And the more I think of that Perks of Being a Wallflower party my friends had the more I remember other great moments and I know that my teen years were fine.  Even if I had all the perks teens have today I probably wouldn't have been any cooler or any more motivated. I would have still watched too much TV and written angsty poems about boys.

I am absolutely happy this is all happening. It makes me excited to raise kids and teach them these great things and encourage them to be themselves.  I may have been a lot to handle for my parents sometimes but they let me be myself and I appreciate that.  I can't wait to do that for my own kids. I just hope my future daughter doesn't mind being named Maybelline.
Posted by A Beautiful Party at Friday, September 21, 2012

I still don't answer unknown calls. I wish we would have known each other through our tweens. We would have been infinite together.

Lets all go back together and do it over again.

Ah! I was just thinking all these things too recently! And I second wishing we were tweens together!

I don't know if I will be able to see this movie for all those same reasons you were talking about. I feel like it was my own special book that no one else knew about. I think I read it right after it came out and it just blows my mind that other people even know about it. I actually should probably read it again because I only read it once before lending it a friend... who then lent it to a friend and I never saw it again, sad face

I didn't stumble onto this book until a student of mine several years ago recommended it to me. Loved it. I started rereading it pretty much the minute I finished, actually, and definitely agree with you about all that's fabulous about it. And you know what? I recommended it to another student, and she told me she didn't like it "because nobody makes mixtapes anymore." Sad!

We should host a viewing party for all who thought this was their own personal thing. Everyone can sit far away from each other and pretend they are the only ones watching it.