I seem to have a gene that runs through my family where the women get tired of something in their home and take it upon themselves to make huge changes completely alone.  My mom once switched her bedroom with the guest bedroom one weekend while Dad was out of town. Surprise!  My aunt is also very in to changing things up and moving all the furniture alone.

I have been wanting to switch out our bedrooms for a while now. Our room was in the front of the house and unfortunately we have a few neighbors who are college students and they have not quite figured out that the world does not revolve around them.  They like to blast their music so loud I may as well have the stereo at my own home and they love to stand outside at 3 a.m. and shout wooooooooooooooooooo!!!!  College!!!!

It's the one thing I hate about our house. Most of our neighbors are not this obnoxious but really it only takes one house full of drunk boys to scream in the middle of the night to make you consider moving to the woods. 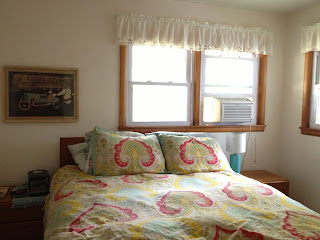 The back room is much smaller than the other two rooms in the house so I worried the move wouldn't work. I also thought that room would be best as a future nursery since it is farthest from the noise.  But I'm not pregnant yet so I figured we need the sleep more than future baby currently does.  It was two o'clock in the afternoon and my husband was at work and I finally decided to just do it.  It was only two beds that needed to be switched and maybe a dresser. That couldn't be so bad! 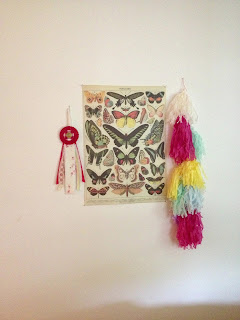 I immediately realized how incredibly heavy a mattress is and how awkward a box spring can be.  After pulling these things off the bed I was sure there was no way I could accomplish this task solo.  My husband ended up stopping by the house early and though I was worried he would be mad at what I had done I was also relieved because I thought he would help.  He wasn't mad... but he also assured me I could do it all alone and he headed back to work.  Ugh. What have I done? 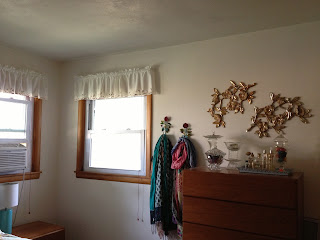 I struggled like crazy getting the mattresses switched.  They were jammed in the hallway and I tugged and pushed and pulled and finally got them in place.  The dresser from the original bedroom would not fit in new bedroom so I had to make a smaller dresser work. 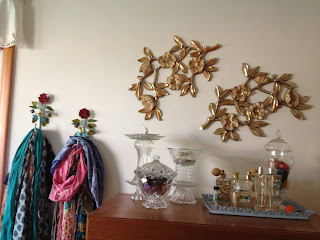 I finally got things in order and felt very proud of what I had accomplished all alone.  The bedroom is complete but the guest bedroom is a whole other story.  We like how small and cosy the room is.  We also like that the inedible back to school party will not keep us up all night. 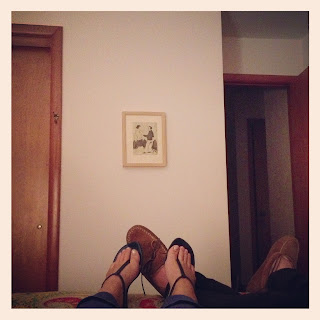 I wish I had pictures of the original bedroom.  I feel like they're around here somewhere but I cannot find them.  The very first picture looks very similar to the original room because the layout of windows is identical.

Now what room can I completely redo?

omg :-o
and here I am, postponing taking out the garbage and doing some very basic cleaning!

I love switching rearranging rooms. We did this ourselves, but more just rearranging rather than switching entirely, our bedroom earlier this month. It is so nice! I feel like whenever you rearrange furniture it gives your entire home a new energy. Is it weird that I've always noticed too that I sleep much better right after I move the room around. I mean, I'm sleeping so I have no idea what the room looks like with my eyes shut but for that reason I feel like feng shui might actually be on to something. But despite feng shui, even if we ended up moving it back to its original positioning in one year I will get that brand new excitement all over again.