Yesterday was a really good day. I had a moment in the middle of the day where I felt a little down and a lot lonely but I plowed through it and kept working.  Loneliness is going to be a tough thing to deal with.  There are times where I like being in my head but after so long I'm pretty desperate to be around other people.  I'm watching different stand-up comedian specials in my studio so at least I'm laughing a lot.

I started yesterday in my new workout shoes! I may or may not be wearing them right now with my workout pants and I may or may not be planning on wearing them all day.  What is it about active wear that makes you want to be so active?  Confession... I had been wearing my previous workout shoes for at least six years and they were slip ons. No shoestrings! I suppose my lack of athletic understanding may not surprise you.  Today I ran harder than before. I felt like I put a Harry Potter style hex on them. That kind of thinking is not very athletic either...

If you read my blogpost yesterday you know I made a list of to-dos.  I did almost all the things on my list!  I'm proud of myself for sticking to it but I also feel that even though I did all the things I wasn't very productive.

I was trying to find the previously mentioned list of things successful people do and though I did not find the original one I did find a different list that was similar. One of the things talked about the difference between being busy and being productive and it was super insightful. I realized since I have started this new venture that I have kept very busy but now I am not so sure how much of that busy time was spent being productive. I never thought about the difference before. If idle hands do the devil's work what do busy hands working idly do?

So I dyed coffee filters... but I do not know what I'm going to do with them... 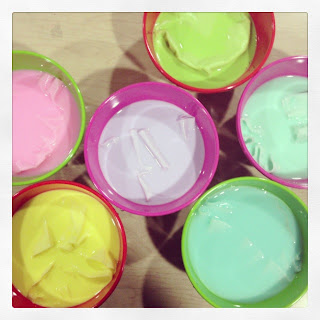 And I painted seashells... not sure why... 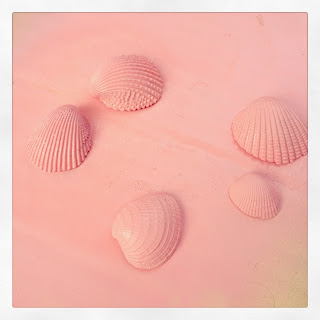 I did make this video so at least I'm productive on instagram.

So I wasn't doing anything that felt like it was amounting to anything. I did take a stab at the party favor boxes I had been avoiding and I flopped like I feared but at least I tried.  I started looking around online for some inspiration ( okay I was on pinterest) and I started finding some things that were getting me excited and giving me ideas. I suddenly had an amazing burst of energy and finally felt ready to hit the ground running.  My craft gal pals Robyn and Courtney came over last night and I worked happily while also filling up on social things I have been missing.  I ended the night with this pile of tissue flowers and an excitement for what was to come.  Today I plan on working the day away.  I will elaborate more in another post on what got me so fired up. 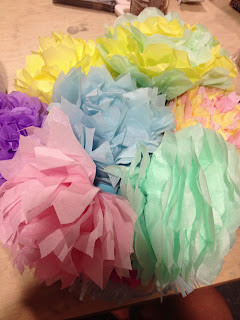 Rue seems to have also gotten a burst of energy because she has been working on this paper bag project for several days now.  I'm not sure what her endgame is but she seems pretty content in the meantime. 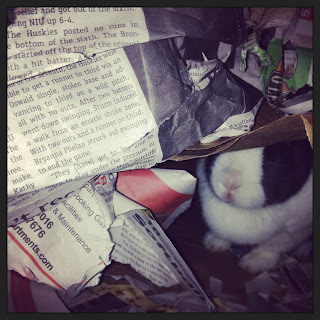 I end this with the realization that busy work is not bad. It's better than doing nothing at all. I am just glad that I know the difference now and can focus on being more productive in the future.

I hope you have a great day today!
Posted by A Beautiful Party at Thursday, August 01, 2013

I read that same list with the busy vs. productive and my response was busy smizy, productive shmroductive. It immediately made me think do I have to question if what I'm doing is worthy and judge that it's not important enough, resulting in feeling bad about myself? I'm not going to worry about that and just keep on keepin' on. Doing busy work (that is deemed not important) is still better than the alternative of being lazy and watching netflix on the couch.