I love being a printmaker because often you get to be in print exchanges where you make an edition of a print, send it to the exchange organizer, and they send you a bunch of prints by other people. Instant amazing art collection!
My friends Mike McGovern and Curtis Readel have organized several over the past few years with a Misfits theme.
The second one they organized was called "Angel F*ck." I wanted to do something fun and new so I made this piece using a hair stencil. This head of hair belonged to Zooey Deschanel. I used a picture of her from a magazine. 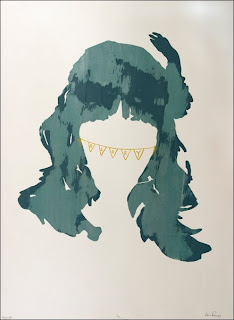 They're latest exchange is called "I Ain't No G*dd*amn Son of a B*tch" (language!). The rules for this exchange is that it had to be some type of self portrait. I decided to do a hair stencil again but this time I used my own hair. I fluffed it up big one morning and took a picture of myself and used the photo to create the hair. I also put a darker pink screenprinted pattern into it. I wanted to have text in the piece and for some reason I just kept thinking Ain't No. I thought it sounded kind of funny but catchy. I titled the piece "Am So." 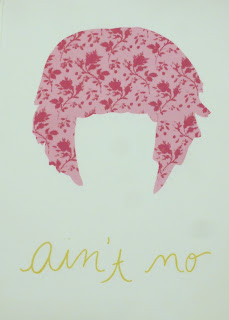 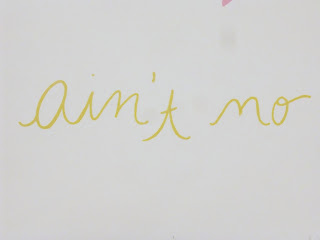 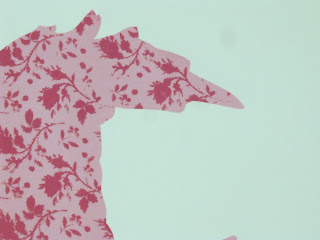 This is all done with screenprint and I used three colors.
Posted by A Beautiful Party at Wednesday, June 30, 2010

Great work! Love the title vs words on the print :)

I adore Zooey Deschanel and am loving that screenprint. I like the idea of using the hair cutouts. My whole life I've always recognized people by their hair (story time: my mom cut her hair too short one time and I got lost in the grocery store because I couldn't recognize her) so I'm really enamored by this idea.