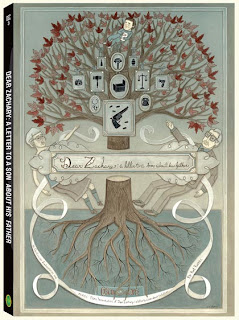 Last night I watched a documentary that will haunt me for a long long
time. Dear Zachary began as one filmmaker's quest
to learn more about his best friend who was brutally murdered by his
ex-girlfriend. When he finds out the ex is pregnant with
the murdered friend's child it becomes a letter to that son about his
father.
This documentary is tragic and horrifying and inspiring
and overwhelming and every other emotion that can possibly be
squeezed into a film but most importantly it is a loving
tribute to a man whose life was cut too short and someone who had a great effect on a great deal of people. I really really
encourage you to watch this movie. It's very much worth it. I'm tearing up right now as I write this. Watch it with a box of tissues.
(sorry the text formatting is weird)
Posted by A Beautiful Party at Thursday, October 01, 2009